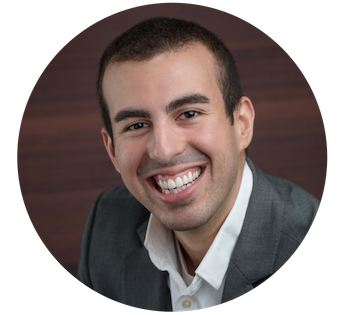 Hello friend, my name is David Ramos. For so many years I let fear direct my steps. But then something happened. I was blessed with a crisis that forced me to realize what truly mattered and which gave me the courage to change.

This is my story.

I Didn’t Think I Could Until I Did

I grew up believing that if I followed the rules, the systems in place would take care of me. If I did what everyone else was doing, if I took everyone else’s advice about who I should be and what I should value, that I would find happiness.

But it didn’t work.

In 2015, I found myself in a toxic work environment and no way out. Following the rules had led me to this painful point and that’s when I realized: in order to find my own happiness, I would have to follow my own rules.

So between the early hours before work and in the late hours afterward, I wrote my first book. And in November of that year, I published it.

This single action gave me the courage I needed to leave the job and helped me land one which paid twice as much. I was on to something, but I had no idea this was only the beginning.

The Good Life… Or So I Thought

Over the next 18 months, I wrote every single day – before and after work. I wrote about everything: spirituality, self-improvement, relationships, and success. Before long my books started to gain traction. They started to make real money. Enough to pay for a vacation like this one (Oranjestad, Aruba). 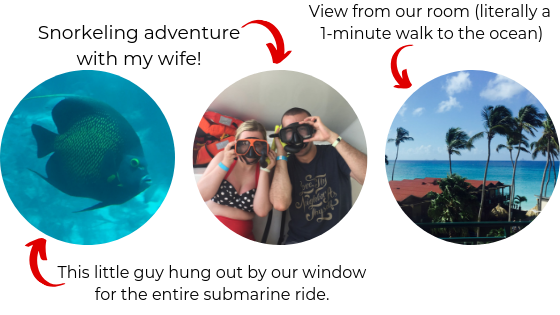 I was hitting my stride in a way I didn’t think was possible. I married my dream girl, had a well-paying job, completed grad school, and even paid off nearly $80,000 of debt (in less than 3 years). But something was off.

I thought I had overcome my fear, but in reality, all I had really figured out how to do was balance the dangerous game of self-deception.

I still didn’t believe I could follow my passion 100%. I didn’t believe my ideas, my words or my books truly mattered – or that I could do what I loved full-time. That is until I had no other choice.

My Dark Night Of The Soul

At the end of 2017, after two years of steady growth and life-achievements, something happened. I began to get sick. Very sick.

The worst part of it was that no one knew what was going on. My body was shutting down on itself. The doctors were at a loss and I was forced to go on disability leave from my job.

For nearly 6 months, I was in the hospital 1-2 times a week. Test after test, drug after drug. I became a human science experiment. All the while growing weaker and sicker with each passing day. I honestly thought I was going to die. But this was all a gift.

One afternoon, as I was lying on the living room couch (unable to make it to the bedroom because of all the tests I had gone through earlier that day) I started a list of what I wanted to accomplish if this really was the last year of my life. What could I do to make my time left extraordinary?

One thing stood out to me on that list: I wanted to write. I remembered that, for me, writing was the ultimate freedom. It was the greatest agent of change. The simplest form of passive income. And the easiest way I could leave a legacy for my loved ones.

As I laid there that day, I promised myself two things. First, that I would write every single day – no matter how sick or tired or in pain I was. Second, that if I got better, I would dedicate my life to writing.

Even I wasn’t ready for what happened next.

From that day forward, I wrote every single day. I woke up with a purpose and my life responded. I began to get stronger. My body grew healthier. And I felt, for the first time in a long time, like I was back in control of my life.

Almost a year to the day, I kept the commitment I made to myself that day as I laid in excruciating pain on the living room couch and I left my safe, stable job to become a full-time author.

I don’t know what it is that you want to change in your life. Maybe you have a story or idea that needs to be shared with the world. Maybe you need a win under your belt so that you can have the confidence to take the next big step. Maybe if you could turn your words into even an extra $1,000 a month, your entire life would improve.

Whatever that change may be, I am confident that writing your book will help you get there.

Life is too short to play by other people’s rules. It’s too precious to postpone what would truly make us happy. This is YOUR life. Your one shot at extraordinary. And it’s up to you to make your dreams a reality.

I can help you take the first step. START HERE

It's because of powerful books that I'm able to live my dream life. Subscribe now to get 1 FREE book from me + a list of the books that most helped me transform my life.