What Am I Willing To Struggle For?

Many people say they want to write a book. Nationwide surveys have shown estimates as high as 81% of Americans share this desire. I get emails, day in and day out, from people asking me about my book writing process.

But almost no one ever actually writes one.

Less than 1% of 1% of humans will ever sit down and commit to the work required to complete a manuscript. Then edit it. Then get it ready for publication and marketing and so on.

Because, as Mark Manson puts it, “[They] want the reward and not the struggle.”

Today's life-changing question will help you identify not only what goals you truly desire but also offer you a roadmap to achieving them.

If you haven’t read the other questions in this series, you can find them here:

True or False: Most people never reach their highest goals?

Except for the few hopelessly optimistic people reading this, you probably answered “no” to this question. Because, like me, you’ve seen so many people claim lofty ambitions only to be in the exact same place, saying the exact same things, years or even decades later.

The standard goal-setting advice is flawed. It's not enough to set your sights on where you want to go. It’s not enough to carve out a distinct vision, plaster it on your bedroom walls, and meditate on it every night as you fall asleep.

This reward-focused mentality sets us up for failure because it neglects ambitions' flip side: the pain required to reach our goals.

Your goals are not what set you apart. Your level of pain tolerance while pursuing them is.

We Have To Count The Costs

There’s a very old story from a very old book that teaches this point. In the book of Luke (Christian Bible), chapter 14, Jesus delivers a series of parables to the following crowds. He talks about a wedding party, then a feast, and then, as the crowds swell with excitement, he tells a story about a tower.

“For which of you, desiring to build a tower, does not first sit down and count the cost, whether he has enough to complete it? Otherwise, when he has laid a foundation and is not able to finish, all who see it begin to mock him, saying, ‘This man began to build and was not able to finish.’”

The context of this story deals with the cost of becoming one of Jesus’ disciples. His crowds were focused on the rewards: the new social and economic structures that would result with a person like him in power. But he knew most of them were ignoring the costs that come with a political and religious revolution: beatings, jail time, and executions.

Our goals may not be so lofty as a national revolution, but the costs will be proportionately significant.

Have you ever heard of the musician Mark Manson?

Have you ever seen his songs charting in the iTunes store or heard one of his rock songs on the radio?

Probably not, since Mark gave up that dream more than a decade ago. In his article, The Most Important Question of Your Life (which was a huge inspiration for the post your reading now), Mark writes that he dreamed of becoming a rock star ever since he was a teenager.

He would imagine himself rocking a guitar in front of thousands of screaming fans. He could envision his tour bus and the interviews and the endorsement deals.

But at the end of the day, none of that mattered because he couldn't bring himself to do the one thing that mattered: practice the guitar.

The good news is that Mark did find something he was willing to struggle for: writing. He fell in love with the process, the late nights, the endless rounds of editing, and the years of anonymity before his books landed on the New York Times bestseller list.

He won because his focus shifted.

Success Is A Byproduct

Mark was only able to find success after he stopped focusing on it. When we concentrate solely on what we want, we often fail to find a path that will lead us to it.

A better strategy is to define what we want, step back, and focus on the pains that would make it possible.

If you want to become a famous musician, practicing your instrument should be a given. If you want to write a book, scheduling consistent writing blocks is a must. If you want to retire early, then the discipline of saving is nonnegotiable.

Success, in any domain, is always a byproduct of consistent costly actions.

Whether an athlete wins an event boils down to how consistently they paid their dues in training. The same is true for any creative or business endeavor.

You cannot control your success. But you can control the elements that make it possible… You can choose to pay the price others are unwilling to pay. Click to Tweet

By definition, byproducts do not offer a direct route to them. You can only reach them by way of something else. Let that something else be a struggle you enjoy; a surrender you are willing to make.

What Am I Willing To Suffer?

I’ve learned to take my own advice the hard way. I looked for shortcuts, hacks, and secrets in order to speed up my success. But all of them led me off track. They magnified the upside and blinded me to the required costs.

I’m learning to love writing again simply for the sake of it. The early morning word counts. The scattered piles of notes. The reworked sentences that, on the tenth rendition, finally say what was in my head.

I love all of it, which makes any success that comes from it that much sweeter.

I am willing to suffer cramped writing hands, frustrating writing blocks, and bouts of anonymity because they are not an inconvenience to some greater goal.

The writing is the goal. The means are the end.

“The struggle is the work.”

– Sally Field, What It Takes Podcast 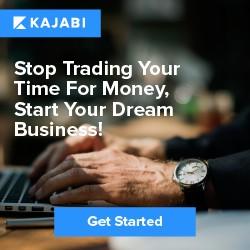